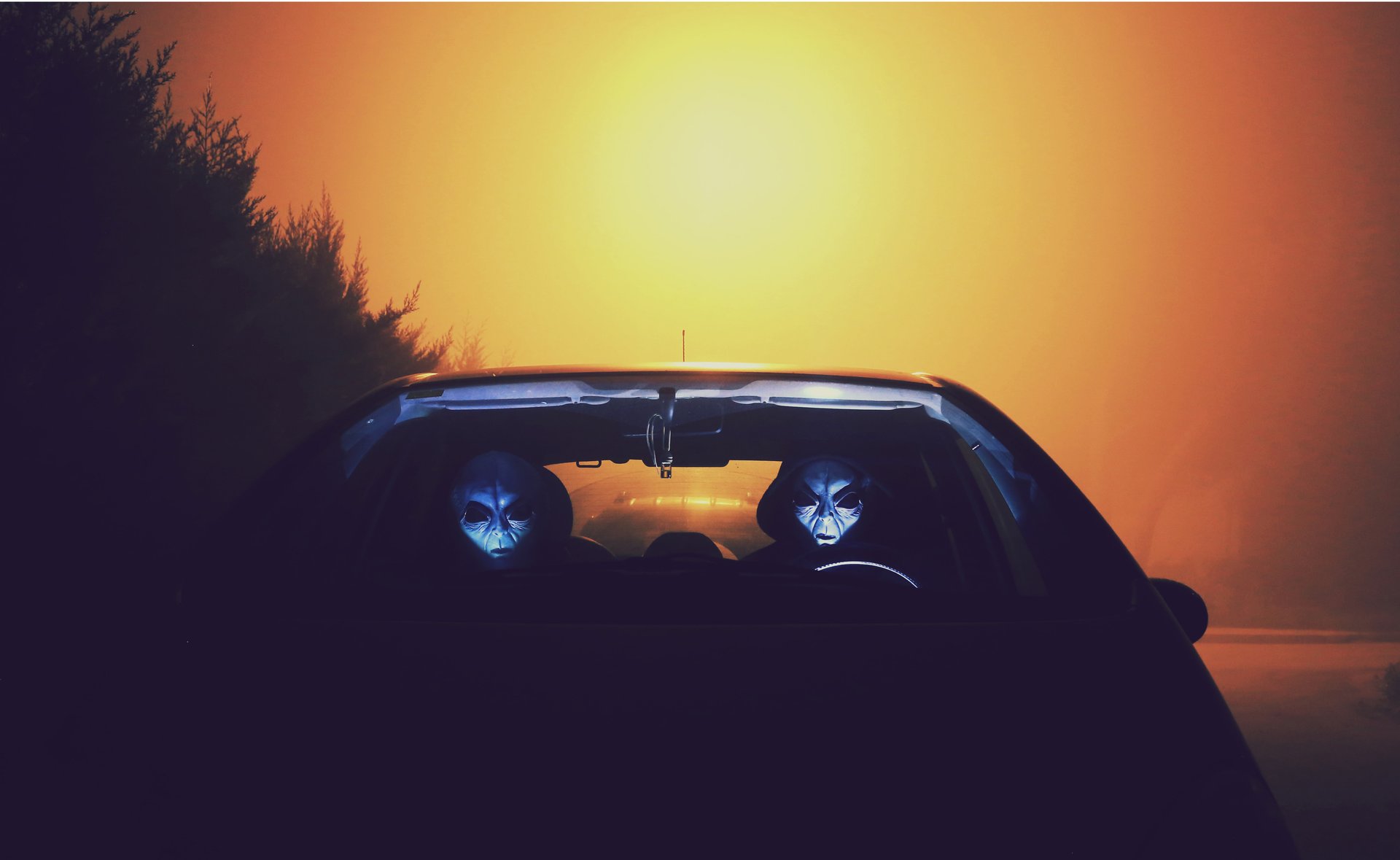 New construction in 2019 means new venues to keep on your radar as you plan your next event. Check out these spaces that have or are soon to open this year.

New construction in 2019 means new venues to keep on your radar as you plan your next event. Check out these spaces that have or are soon to open this year.

3 Reasons to Host an Embedded Event at Your Next Meeting

What started out as a joke has turned into an event comparable to Woodstock. With the power of social media, thousands of people gathered at Grooms Lake, Nevada, September 20th for a Facebook event aptly named Storm Area 51, They Can’t Stop All of Us. Whether or not any aliens were freed, or friends could simply call in sick from work to carpool to the desert, this event served as a prime example of optimal event planning. Here’s why. 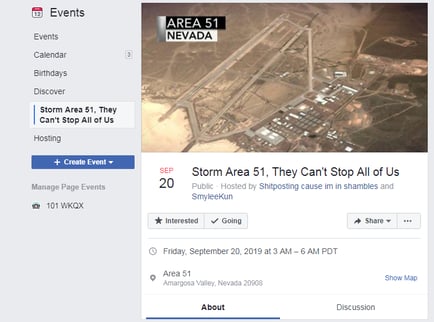 Its obvious to say social media was the machine that drove this hoax into an internationally discussed event, all in the middle of the desert. Sources show the original event was created by 21 year-old Matty Roberts of Bakersfield, California in June, 2019. The title itself was catchy, engaging and even a bit ridiculous in snark - enough to garner the attention of many different online audiences – millennials making up a majority of that audience. What better way to hearken the attention of what studies deem to be one of the most anxious generations living, than to invite them to entertain the idea of an impossibly dangerous rescue of extra terrestrials in the middle of nowhere? It sounds absurd, but it worked. This event then blew up via Twitter with hashtags like #area51raid and #stormarea51, and reinforced into internet history with the use of memes. Over 2 million people RSVP'd for the event

Social media is necessary when promoting an event. Making the information for the event accessible is key to making sure it is getting in front of the right people. Hashtags are essential in all social media platforms – making one that is brief and memorable can help make your content searchable but also memorable to those who might be interested in a future event you host.

Pop Culture References and Other Engagement 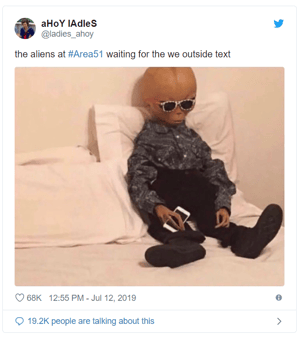 Memes are a form of engagement. They are arguably a millennial language, using pictures or videos that are brief, recognizable and have meaning within their own special contexts of their creation. For event planners, meme usage can be a fine line to walk between corny pandering and internet gold. For the Area 51 Raid, memes kept the event alive for months until the inevitable September 20th showdown. Memes provided a surplus of content to make the event accessible and engaging for general internet surfers and Naruto Runners alike. The event made room for events to take place within itself - the most notable being Alienstock,  a concert and celebration of the absurdity of it all in Las Vegas for those who journeyed far and wide in alien solidarity.

When planning an event, we want to use language and creative that appeals to our personal brand but also connects with our audiences. Methods can include reminder emails or online mentions of the event from contributors and keynote speakers. Don’t restrict yourself to just tweets, audiences love video and pictures that evoke emotions and humor they want to share.

We won’t know what a liberated space alien world will be like after September 20th, but many don’t expect to be asked, “Where were you during the Area 51 raid of 2019”? For those curious, however, they won’t have to ask because the event was live streamed on multiple platforms. Live streaming is not new, but it is sometimes an option that event producers opt out from. Live streaming your event makes your brand and content more accessible to others who could be swayed to attend in the future. If you aren’t interested in facilitating live streaming, encourage your audience to do the streaming for you. The Area 51 raid was crowd streamed from cell phones on Twitter, YouTube with thousands watching people “storm” the facility.

Use incentives to encourage you audience to want to stream your content. Personal interaction with your audience or performances will incline onlookers to take their phones out and you, in turn, reach a greater audience.

The event industry is constantly changing, stay ahead of the rest with innovative ideas and tools to create the most engaging and talked about experiences for your attendees with LSAV POWERHOUSE. Check out our other blogs here and then contact us for a consultation.